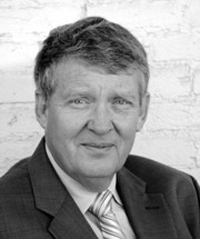 I am saddened to report the passing of Finn Martensen, co-founder of Martensen Wright.  Finn passed November 28, 2017 after a long and courageous battle with cancer.

Finn pioneered a practice focused on serving Danes seeking to do business in the U.S. long before any other firm recognized this as a viable niche practice.  He understood the Danish entrepreneurial spirit.  Indeed, he embodied that spirit.  He also understood the allure the U.S. holds for Danish business.

Finn was first trained as a land surveyor in Denmark, and it was in that role that he discovered California.  He landed a position with a surveying firm north of Sacramento, and he and his wife, Anna Grethe Martensen, set off to explore this new world.  It captured their hearts.

Always up for new challenges, Finn returned to Denmark to study law.  He received a Master of Laws from the University of Copenhagen in 1979.  In 1980, he was awarded a Ph.D. by the Royal Veterinary and Agricultural University, Copenhagen.  He was admitted to practice law in Denmark in 1981, and in 1987 was admitted to the Danish Supreme Court.

But California still had a hold on Finn.  He returned to California to study at McGeorge School of Law, where he received an LL.M. in 1986.  Finn qualified to practice law in California in 1992.  He was admitted to practice before the U.S. Supreme Court in 2001.

I met Finn when he came to work for McDonough, Holland & Allen, at the time one of the finest firms in Northern California.  Finn focused on the firm’s international clients, but soon realized his ambitions exceeded what the McDonough firm could offer.  He started his own firm and from the start assisted some of the finest of Danish businesses to establish a presence in the U.S.

Finn and I co-founded Martensen Wright in 2000.  His drive, marketing prowess and his ability to understand the core needs of Danish business clients made the firm an immediate success.  The firm became a key point of entry for Danish companies seeking to reach the U.S. market, especially medium sized businesses already established in Denmark.  Finn was a prolific author of articles and treatises focused on “Doing Business in the U.S.”.  He was a gifted speaker.  And above all, he was a supportive partner to Danes seeking a foothold in the new world.  During his many years as a lawyer, first as a principal in the firm, and later as “Of Counsel,” he played a key role in the establishment of many hundreds of Danish subsidiaries in the U.S.

Finn was above all a steadfast friend.  His warmth and hospitality among friends and colleagues are legendary.  He will be missed.